RSS
← Whole Chicken Is Greater Than the Sum of Its Parts – NYTimes.com
Storing Your Fresh Fruit « Chef Marcus Samuelsson →

A Star’s Brownies with a Side of Cole Slaw

I thought I would just post a few simple recipes that I’ve made in the past week for today. The first is one that I came across in The New York Times and it is a recipe that I’ve seen in other places on the Internet. I am sure many people are familiar with Katherine Hepburn’s brownie recipe and may have seen it in other places. I thought it would be a nice simple dessert to make for one evening so we gave it a try.

Preheat the oven to 325°. Melt the butter in a saucepan with the cocoa and stir until smooth. Remove the saucepan from the heat and allow it to cool for a few minutes. Mix in the eggs one at a time. Add the sugar, flour, nuts (if using), vanilla and salt. Pour the mixture into a greased 8 x 8 square pan. Bake for forty minutes. Do not overbake as the brownies should be gooey on the inside. Let the brownies cool completely and cut into bars.

It was a very simple recipe that took no time at all to prepare. This makes it great as an option to make for a quick dessert as you may have the items around the house had any time. I am not a big brownie fan myself, but I have to admit that they came out quite nice. They were nice and crisp on the top and soft and chewy on the inside. You could serve them with a bit of vanilla ice cream on the side or just some simple homemade whipped cream and you have a complete dessert in no time at all.

The second recipe I have for today is one I am made when I had made Sloppy Joes was earlier in the week. I wanted to make a side dish to go along with them and I felt like having some coleslaw, but I wanted to try a little bit of a different recipe. I found this one through Williams – Sonoma on their website and it sounded pretty good to me. I try not to make a lot of coleslaw recipes that use mayonnaise, only because it seems to me that they tend to use a lot of it and it waters down the side dish. This one doesn’t used to much, and I actually cut down the amount in the recipe itself anyway.

Place the cabbage in a large bowl, sprinkle with the 1 1/2 tablespoons of kosher salt and toss well. Transfer the cabbage to a colander and let drain for thirty minutes. In a large bowl, whisk together the mayonnaise, granulated sugar, lemon juice, celery seed and vinegar, and season with the salt and black pepper. Add the drained cabbage and carrots and toss to coat them evenly with the dressing. Cover and refrigerate for 2 to 3 hours before serving.

As I said, I have made a few adjustments to this recipe. First, I used a bag of coleslaw mix that included the green cabbage, red cabbage and julienned carrots already done so I did not have to deal with the slicing. However, I did salt the cabbage ahead of time to help draw out some of the moisture. Instead of using the half cup of mayonnaise, I only used a quarter cup and I think the recipe turned out just fine. I liked it a lot better without all the mayonnaise and it does cut down on some of the fat involved in the recipe itself. It makes great side dish for nearly anything, such as hamburgers, hot dogs, barbecued spare ribs, chicken, pulled pork or any type of sandwich that you may be making.

That’s all there is to the recipes I have for today. I do plan to go shopping this weekend to get some things in for some new recipes I would like to try this week. I have picked up some recipes from The New York Times, Williams – Sonoma, Cook’s Illustrated, America’s Test Kitchen, The Food Network and some others sources, so I have a lot to draw from right now of meals that we can choose. I do hope to get some new things up but more blog within the coming days. Check back and see what’s going on and see if there’s anything that you like. As always, if there is anything you would like to see, or have any requests of recipes, just drop me a note in the comments section or you can send me an email and I’ll be happy to get back to you. Until then, enjoy the rest of your spring weekend and enjoy your meal! 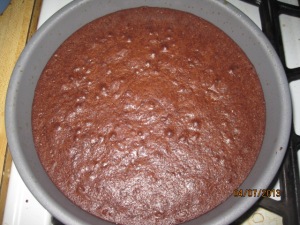 ← Whole Chicken Is Greater Than the Sum of Its Parts – NYTimes.com
Storing Your Fresh Fruit « Chef Marcus Samuelsson →